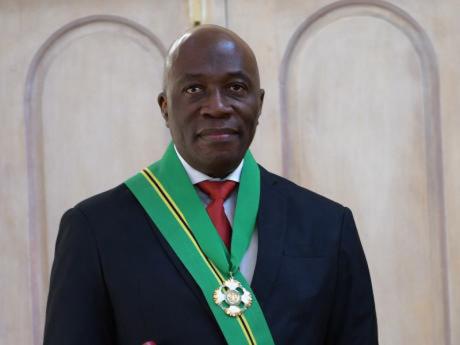 One Chairman of the Judicial Services Commission of a Contracting Party selected in rotation in the English alphabetical order for a period of three years, Jamaica – [Article V.1 (c)]

The Honourable Mr Justice Bryan Sykes OJ CD, is the eighth Chief Justice of Jamaica since Jamaica gained independence in 1962.  A product of St George’s College, Titchfield High School, The University of the West Indies (1984) and the Norman Manley Law School (1986), the Honourable Mr Justice Sykes entered Jamaica’s public service in October 1986. He held the office of Clerk of Court in the then Resident Magistrates’ Court (now Parish Courts) before joining the Office of the Director of Public Prosecutions in 1988. While there, he rose through the ranks to become Senior Deputy Director of Public Prosecutions and acted as Director of Public Prosecutions on two occasions. Thereafter, he began acting as Judge of the Supreme Court of Judicature of Jamaica in 2002 and was confirmed in 2005. In February 2018, he was appointed to act as Chief Justice and subsequently confirmed in March 2018.

The Chief Justice was also a Humphrey Fellow (2002 to 2003) based at the University of Minnesota, during which time, he amassed extensive experience and developed specialized knowledge in regulatory compliance, money laundering and anti-terrorist financing of organized crime. He has contributed to the Journal of Money Laundering Control and the West Indian Law Journal.