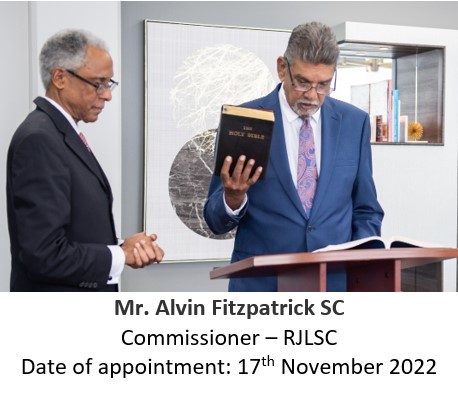 Alvin Fitzpatrick SC was called to the Bar of England and Wales in 1977 and to the Bar of Trinidad and Tobago in 1978. He took silk in 1998. Mr Fitzpatrick has practiced extensively and has specialised in Commercial, Construction Law and Libel. For two decades he served the profession, first as a member of the Bar Council and following fusion, as a Senior Ordinary member of the Law Association of Trinidad and Tobago. In 2010 he was elected Vice President and during his tenure he represented Trinidad and Tobago on the Council of Legal Education. He was appointed by the Chief Justice as a member of the Disciplinary Committee as well as the Rules Committee for several years.