Home / About the CCJ / Judges of the CCJ / The Honourable Mr. Justice Rolston Nelson 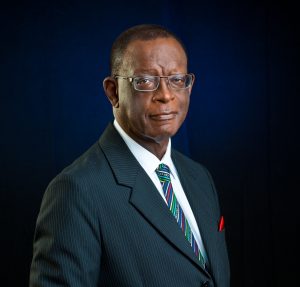 The Honourable Mr. Justice Rolston Nelson obtained his secondary education at Queen’s Royal College, where he was a House Scholar and National Scholar. The then Mr. Nelson read Modern Languages and Jurisprudence at the University of Oxford, graduating with Honours in each discipline. He later specialised in commercial law and was awarded the degree of Master of Laws (LLM) of the University of London. Mr. Nelson was called to the Bar at Lincoln’s Inn in 1970, and entered Chancery Chambers as a pupil of two of the leading Chancery Juniors. In 1973, he was appointed a tutor at the Norman Manley Law School in Jamaica, and was admitted to practise at the Jamaican Bar in the same year. Two years later, in 1975, Mr. Nelson was admitted to practise at the Trinidad & Tobago Bar and began private practice in 1976. In October 1993, he was admitted to the Inner Bar as a senior counsel.

In addition to his private practice, Mr. Justice Nelson has been an Associate Tutor at the Hugh Wooding Law School since 1978. He is the author of several articles and case notes appearing in legal journals, including the British Tax Review and the Jamaica Law Journal. From 1987-1999 Mr. Justice Nelson was the editor of The Lawyer, the journal of the Law Association of Trinidad & Tobago, of whose every council he was an elected member since its inception until his elevation to the Bench. He is a former vice-president of the association, and a member of the Rules Committee of Trinidad & Tobago as a nominee of the association. He is an Honorary Distinguished Fellow of the University of the West Indies.

Mr. Justice Nelson is a former chairman of the Trinidad & Tobago Unit Trust Corporation, presiding over the growth of funds under management to over $1 billion in 1997. He is also ex-chairman of the Workers’ Bank (1989) Limited, and a former director of Republic Bank Limited.

Mr. Justice Nelson was selected from among senior Commonwealth Judges as the Inns of Court Fellow at the Institute of Advanced Legal Studies for 2010-2011.