Seal of the Court

Home / About the CCJ / Seal of the Court

The Seal of the Caribbean Court of Justice is the winning design of two young men, Mr. Brent Matthew and Mr. Shawn Chong Ashing of Trinidad and Tobago following a CARICOM-wide competition in 2004. 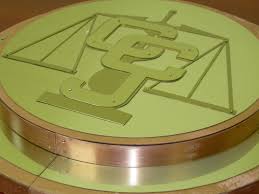 Historically, a seal was used by attaching an impression or a piece of wax bearing it to document as a guarantee of authenticity or to an envelope to show that (while the seal remained unbroken) the contents have not been tampered with since the seal has been affixed.

The sealing of a document traditionally authenticates it. Hence, this practice of sealing court documents is seen as a vital part of establishing authenticity.

The Official Seal, as designed by the two young Caribbean graphic artists, was subsequently crafted in brass and teak by renowned Caribbean chemist, metallurgist and jewelry, Gillian Bishop.

The Seal of the Court was entrusted to the Registrar and Chief Marshal, Ms. Paula Pierre, at the inauguration of the Caribbean Court of Justice.