Home / About the CCJ / Judges of the CCJ / The Honourable Mr. Justice Jacob Wit 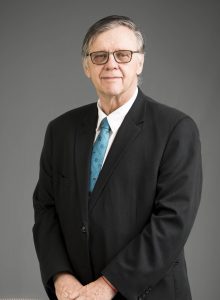 The Honourable Mr Justice Wit was born on 24 December 1952 in Haarlemmermeer, The Netherlands. He studied law from 1971 to 1977 at the Vrije Universiteit (Free University) of Amsterdam, from which he took the degree of Meester in de Rechten (Master of Laws) with honours. After completing his military service (1976-1978) as a Second Lieutenant in the Royal Dutch Navy, he was admitted in March 1978 as a Judicial Trainee at the Studiecentrum Rechtspleging (Training and Study Centre for the Judiciary) in Zutphen, the Netherlands, where he remained enrolled until 1984. During this period, he held the posts of Griffier (Law Clerk) in the Rotterdam District Court, Rotterdam, (1978-1980) and plaatsvervangend Officier van Justitie (Deputy Prosecutor) at the Amsterdam District Court (1980-1982) and worked as an advocaat (attorney-at-law) with the Law Firm of Van Doorne & Sjollema in Rotterdam (1982-1984).

Over this period, he has acquired significant expertise in various posts within the Joint Court of Justice system: as Coordinating Judge, Court of First Instance, Curaçao (1993-1996); Coordinator Judge of Instruction, Netherlands Antilles (1994-1997); Coordinating Judge for the Dutch Windward Islands of Sint Maarten, Sint Eustatius and Saba (1997-2001) and from 2001 to 2005 as Senior Judge and Acting President of the Court.

Mr Justice Jacob Wit took the Oath of Office as a Judge of the Caribbean Court of Justice (CCJ) at The President’s House, Port of Spain, on Wednesday 1 June 2005. In November 2010, Mr Justice Wit was appointed and sworn in as the President of the Constitutional Court of St. Maarten, a part-time function. He is the lone Civil Law Judge on the CCJ Bench.