Home / About the CCJ / Judges of the CCJ / The Honourable Mr. Justice Winston Anderson 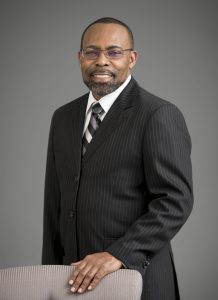 The Hon. Mr. Justice Winston Charles Anderson is of Jamaican nationality and humble upbringing. He was born in Saint Ann’s Bay, Saint Ann, raised in the rural village of Brittonville, attended Brittonville Primary School and later Ferncourt High School, from which he transferred to Saint Andrew Technical High School (STATHS) in Kingston. He entered the Faculty of Law, University of the West Indies in 1980, and graduated in 1983 with the Degree of Bachelor of Laws. From 1983 to 1984 he taught undergraduate courses, including International Law, at UWI, whilst also pursuing the Master’s in Law degree there.

In 1984, he proceeded on Commonwealth & Chevening Scholarships to Cambridge University, England and graduated in 1988 with a Doctorate in Philosophy majoring in International and Environmental Law. Also, in 1988, he completed a course of training at the Inns of Court School of Law in London and was called to the Bar of England and Wales, as a Barrister of the Honourable Society of Lincoln’s Inn.

Dr. Anderson rejoined the UWI Faculty of Law in 1988 and was called to the Bar of Barbados in 1989. He was awarded indefinite tenure in 1994; served as Deputy Dean, and Head of the Teaching Department of Law. From 1994-1995 he was Research Fellow at Sheffield University, England; in 1996 appointed Senior Lecturer (whilst on Fellowship Leave) at the University of Western Australia; and in 1999 became UWI Senior Lecturer.

Dr. Anderson was appointed General Counsel of the Caribbean Community (on secondment from UWI) from 2003 to 2006, and in 2006, UWI Professor of Law. Professor Anderson returned to the Faculty of Law in 2006 and was called to the Bar of Jamaica, also in 2006. He was appointed Executive Director of the Caribbean Law Institute Centre, in 2007, a position he held until 2010.

On 15 June 2010, Professor Anderson was sworn in as Judge of the Caribbean Court of Justice in a ceremony at King’s House, Jamaica, presided over by Governor General Sir Patrick Allen and attended by the Prime Minister, Leader of the Opposition, and other dignitaries. The Hon Mr Justice Anderson has the distinction of being the first Jamaican and, at age 49, the youngest judge ever appointed to the CCJ.

In November 2011, Justice Anderson was appointed to Chair the educational arm of the Court, now CCJ Academy for Law. His subsequent appointments include founding Member of the International Advisory Council of the United Nations Environment Programme (2012); Member of the Advisory Commission on Environmental Law to the Organisation of American States (2013); Member of the Economic Commission for Latin America and the Caribbean (ECLAC) Group of Experts (2014); Chairman  of the Disciplinary and Ethics Committees of Cricket West Indies (2017); Member of the International Cricket Council Code of Conduct Commission (2018); and judge on the global Court of Arbitration for Sport (2021).

In 2011 and 2021 Justice Anderson was invited to be the key-note speaker at the 50th and 60th Anniversaries of the Establishment of his Alma Mater, STATHS, and in 2018 he was recognized as one of the most outstanding graduates in the 70 years history of the University of the West Indies.