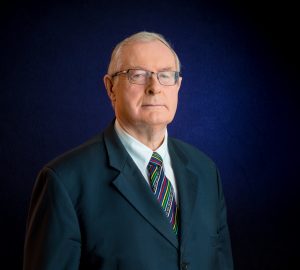 The Honourable Mr. Justice David Hayton, Judge of the CCJ

The Honourable Mr. Justice David Hayton, born in 1944, won a free scholarship to Newcastle Royal Grammar School before studying 1963-66 at Newcastle University, whence he graduated with an LL.B. with 1st Class Honours and the Rennoldson Memorial Prize for topping his year, having also been runner up in the March 1966 final of the UK Universities’ Mooting Competition judged by Lord Reid. From 1966-1969, he was a Law Lecturer at Sheffield University, and was called to the Bar in 1968, having obtained the Treasurer’s Prize for topping the 1968 Bar Finals Exam.  After pupillages with Michael Miller and Peter Millett (1969-1970), he practised as a Chancery barrister, ultimately specialising in domestic and international trusts and succession.  He was made a Bencher of Lincoln’s Inn in 2004.

Until his elevation to the Bench of the Caribbean Court of Justice, Mr. Justice Hayton was arguably the leading authority in the U.K. and Europe on the law of trusts. He has written or edited fifteen books in the areas of trusts, property, succession and tax, as follows:

Holder of the MA and  LLD (Cantab) and the LLD (Newcastle) degrees, Mr. Justice Hayton was Professor of Law at King’s College, London University, from 1987 to 2005, having previously been Fellow of Jesus College, Cambridge University, from 1973.  He sat as a Recorder (a part-time judge) from1984 till 2000 and as Acting Justice of the Supreme Court of The Bahamas in 2000 and 2001.  He was Deputy Chair of the Trust Law Committee of England & Wales since it was set up in 1994, (chairing Working Parties contributing to the Trustee Act 2000 and three topics being referred to the Law Commission) and is a Member of the International Academy of Estate and Trust Law (formerly on its Executive Council), the Athenaeum and MCC.  Mr. Justice Hayton took the Oath of Office as a Judge of the Caribbean Court of Justice on Thursday 30 June 2005. He then became Emeritus Professor of Property Law, King’s College, London.

Mr. Justice Hayton was Dean of King’s College Law Faculty, 1988-90, and Chair, 1992-1995, of London University’s Board of Studies in Law and of its LLM Management Committee. He was Honorary Secretary of the Society of Public Teachers of Law (1996-2001), and was on the English Higher Education Funding Council’s Research Assessment Exercise Panel for ranking UK Law Schools for their research in 1996-2001.  He is a Fellow of King’s College London and an Honorary Member of the Society of Trusts and Estates Practitioners and of the Association of Contentious Trust and Probate Specialists.

For the Edwards’ (Home Office) Review of Financial Regulation in the Crown Dependencies (1998 Cm 4109-1) he was the trust law consultant, while in 2000 he was engaged as technical advisor to the International Monetary Fund advising on Offshore Financial Centres’ Trust Law and Trustee Regulation. He has written a Consultation Paper on Financial Services and Trust Law, 1990, (commissioned by the Securities Investment Board and the Investment Management Regulatory Organisation), and a Report for the Association of Corporate Trustees on Trusts and their Commercial Counterparts in Continental Europe, 2002.  Mr. Justice Hayton has contributed many articles to learned journals (including four for the Law Quarterly Review) and many chapters to edited collections of themed essays. He is a member of the Editorial Boards of The Conveyancer, Trust Law International, Trusts & Estates, King’s Law Journal, the Singapore Academy of Law Journal and the Journal of International Tax, Trusts and Corporate Planning.

As well as his legal interests , Mr. Justice Hayton was a keen cricketer, squash player (in 1983 winning the final match for the Portugal Place Cambridge Club to win 3:2 the Cambridgeshire County Knock-Out Competition Final) and rugby player (having three years on Newcastle RGS 1st XV, two years on Northumberland Under 19 XV and three years on Northumberland under 21 XV before a knee injury ended rugby-playing, becoming 1st XV coach of Cambridge City RFC 1980-1983 when Jeffrey, later Lord, Archer was Chairman of the Club).

The Honourable Mr. Justice Hayton retired from the Caribbean Court of Justice on 12 July 2019.