Home / About the CCJ / Judges of the CCJ / Past President – The Right. Hononourable Mr. Justice Michael de la Bastide 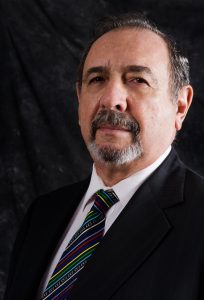 The Right Honourable Mr. Justice Michael de la Bastide TC, was born in Port of Spain, Trinidad & Tobago, on 18 July 1937. He attended St. Mary’s College, Port of Spain , from 1945 to 1955, where he won the Trinidad & Tobago Open Scholarship (Languages) in 1954. From St. Mary’s, he proceeded to Christ Church College of Oxford University, which he attended from 1956 to 1960, where he read Law. He obtained the degrees of Bachelor of Arts (Jurisprudence) with First Class Honours in 1959 and the Bachelor of Civil Law, also with First Class Honours, in 1960. A member of Gray’s Inn from 1956, Mr. de la Bastide was part-time tutor in Law at Christ Church from 1960 to 1961. He was called to the Bar on February 7, 1961. In that same year, he was awarded a Stuart Cunningham Macaskie Scholarship and a James Mould Scholarship by Gray’s Inn.

While at Oxford, Mr. de la Bastide served as captain of the university’s Penguins Lawn Tennis team in 1959. He also represented Christ Church as a member of the Oxford University Occasionals Hockey Team. He represented Trinidad & Tobago at hockey at the Pan American Games in Cali, Colombia, in 1971, and at bridge in several international tournaments between 1980 and I995. Mr. de la Bastide was a member of the Board of Management of St. Dominic’s Home from 1968 to 1988, member of the Management Committee of Queen’s Park Cricket Club from 1969 to 1992, and Vice-President of the club from 1982 to 1992.

The Honourable President is married to Simone née Morgan. They have 2 children: Chantal and Christian, born in 1988 and 1990 respectively. He was previously married to Marian née Gould. There are 3 adult children from that marriage: Michele, Juliet and Simon.