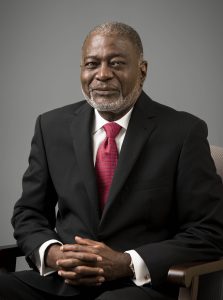 He is currently a judge on the 7-member panel of the World Bank Administrative Tribunal, having been appointed in 2013 for a 5-year period. In 2017, he was elected by his fellow Judges to be the Vice President of the tribunal. The Tribunal is the final and binding forum of last resort for the resolution of cases submitted by members of the staff of the bank alleging non-observance of their contracts of employment or terms of appointment. The present World Bank Administrative Tribunal also comprises judges from the United States, Argentina, Egypt, Sierra Leone, Iran and France.

He also had a distinguished career internationally as a judge of the Inter-American Development Bank’s Administrative Tribunal in Washington, D.C. Mr. Justice Burgess was the body’s Vice-President in 2007 and 2009 and served as President from 2009-2010.

Mr. Justice Burgess is also an author, having published Commonwealth Caribbean Company Law in 2013 and The Law of Corporate Receivers and Receiver-Managers in 2002, in addition to being published on legal issues especially in corporate and commercial jurisprudence.

The career of Mr. Justice Burgess also includes terms as a Senator in the Senate and as a Councillor in the Council of the University of the West Indies; as a member of the Barbados Judicial Council, as a member of the Tax Appeal Tribunal in Barbados, and as Chairman of a number of national and regional committees. He was a Senior Commonwealth Fellow at Oxford University, England between 1992-1993. He is married to Mrs. Sandra Osbourne-Burgess and is the father of two sons, Ayo and Akil.