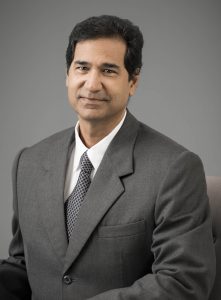 The Honourable Mr. Justice Peter Jamadar obtained his Bachelor of Laws degree, UWI (Hons) in 1982 and his Legal Education Certificate from the Hugh Wooding Law School, St. Augustine in 1984.  In 1984, he was admitted to the Bar of Trinidad and Tobago.  On September 15, 1997 he was appointed a Puisne Judge of the High Court, and on October 1, 2008 he was elevated to the Court of Appeal of Trinidad and Tobago.  Prior to this, he was in private practice as an Attorney-at-Law in Chambers with his father Vernon Jamadar from 1984 to 1991, and a partner in the firm Jamadar and Kangaloo from 1991 to 1994.  He is a former President of the Assembly of Southern Lawyers and former Executive Member of the Law Association of Trinidad and Tobago.  From 1994 to 1997, Mr. Justice Jamadar attended the University of Toronto, Canada and obtained the degree of Master of Divinity (First Class).  In June 2004, he completed the Commonwealth Judicial Education Institute’s (CJEI) Intensive Study Programme for Judicial Educators and he became a Fellow of the CJEI; he is now Vice President (Programming) and a Faculty member of the CJEI. Mr. Justice Jamadar is the current Vice Chairman of the Caribbean Association of Judicial Officers (CAJO).  He is deeply involved in judicial education nationally, regionally and internationally.  He is also a certified Transpersonal Psychologist (2007) and a certified Mediator (2011).

Mr. Justice Jamadar serves on several committees within the Judiciary, including the Rules Committee of the Supreme Court (2002-); the Bench Bar Committee (2008-); and the Judicial Research Counsel Management Committee (2010-). He is the fourth and current Chairperson of the Trinidad and Tobago Judicial Education Institute (JEITT), having been so appointed in 2009. He has been a leader in the development and roll out of a Gender Protocol for the Judiciary of Trinidad and Tobago (2018). He is also currently engaged with the United Nations Global Integrity Network in the development of a Global Social Media Protocol for judicial officers. Mr. Justice Jamadar is married to Shail Pooransingh-Jamadar, an attorney-at-law, and has two daughters, Serayah and Rebekah.  They live in San Fernando, Trinidad.

Mr. Justice Jamadar was sworn into the Bench of the Caribbean Court of Justice on 4 July 2019 and officially assumed duties on 15 July 2019.