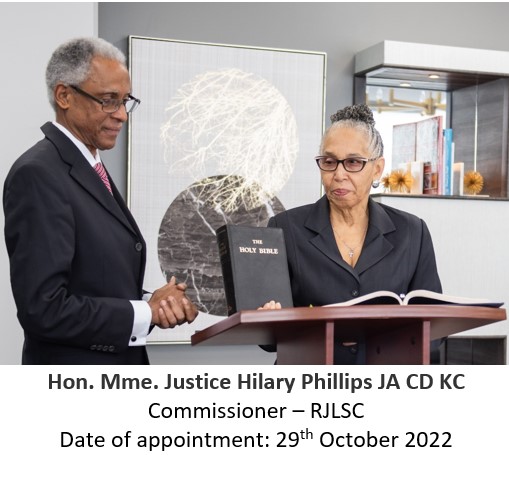 Ms. Hilary Phillips, CD, JA (Retired) was admitted to practice in August 1974 and elevated to King’s Counsel in April 1998. She practiced as Counsel from 1974, last serving as the senior litigation partner at the firm of Grant, Stewart, Phillips and Co. since 1979. On August 3, 2009, she was appointed as a Judge of the Court of Appeal of Jamaica. She retired from this position in May 2021. Ms. Phillips currently serves as the Chairperson of the Judicial Service Commission of the TCI and the Policy Advisory Commission at the Jamaica National Group Limited.  She has been an Associate Tutor at the Norman Manley Law School since January 1994, during which time she has taught on Civil Procedure and Practice I, Advocacy, and now Civil Procedure and Practice II.