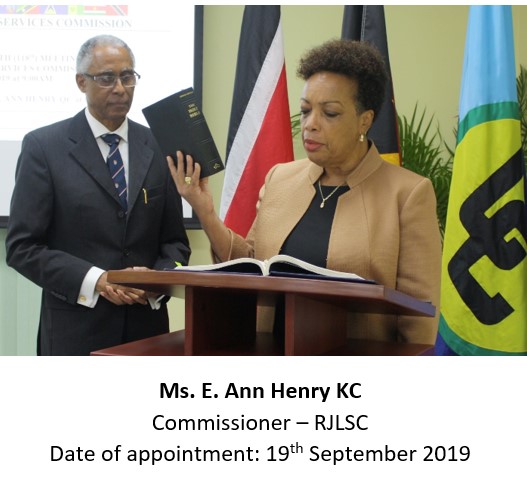 Ms. E. Ann Henry KC qualified as an Attorney-at-Law in 1981 and is admitted to practice in Antigua and Barbuda, the British Virgin Islands, Montserrat and Anguilla.

Ms. Henry, who was appointed as one of Her Majesty’s Counsel in 2012 has been engaged in private practice in Antigua and Barbuda since 1983 and is the managing partner in the Firm of Henry & Burnette.  She served as Chairman of the Council of Legal Education between 2007 and 2010.